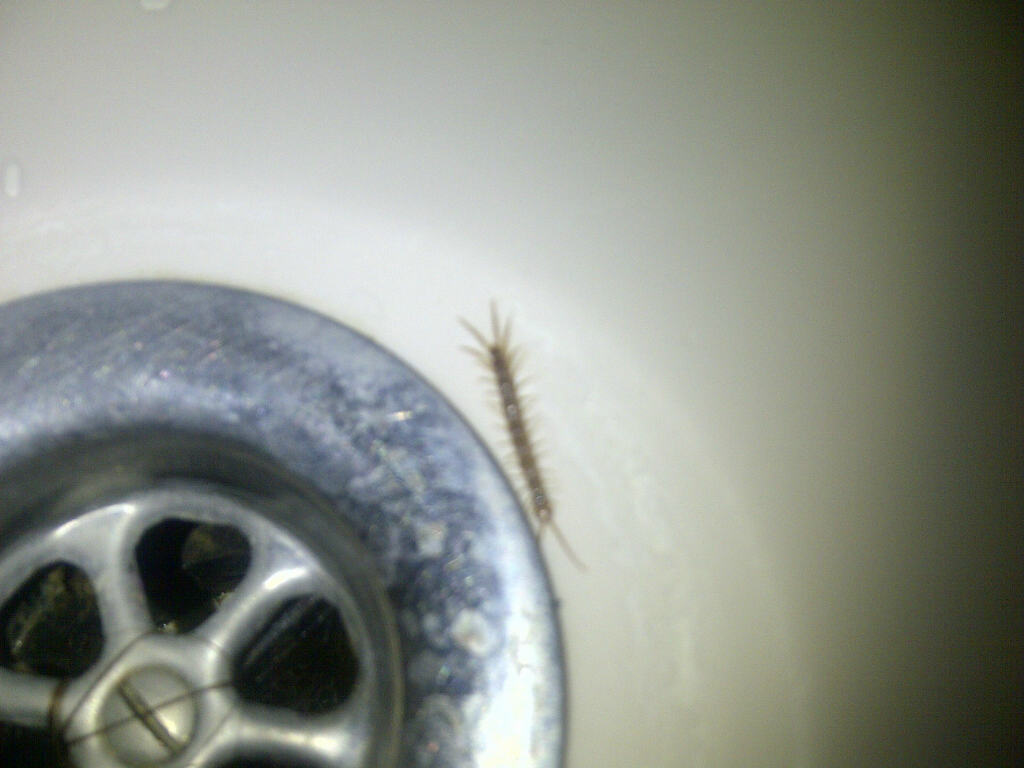 Not sure what it says about the state of our housekeeping, but we had a visitor in the bathroom this morning: this rather nice common brown centipede Lithobius forficatus who had got stuck and was running around in search of somewhere to hide.

Henry says – I was a bit scared because he looked scary and kept running around.  Catherine says – put him outside, Daddy. Put him now!

There’s something about the way a centipede looks that tells you they’re predatory carnivores – they’re all kind of skittery, spiky and aggressively sticky-out-y. Unlike millipedes which are slower, smoother, rounded and somehow cuter and therefore look more like herbivores (usually “detrivores” which Henry explains means they eat rotting plants).  [Actually some millipedes are hunters too, but that’s an exception which proves the rule.]

When they’re barely an inch long, there’s nothing to be frightened of.  But if we ever found a Scolopendra in the shower, it’d be a different story!