It’s Halloween, so what better insect to talk about that the spooky sounding Death’s Head Hawkmoth?   It gets its name from the skull-shaped mark behind its head – like in this picture by Trevor Hartsell 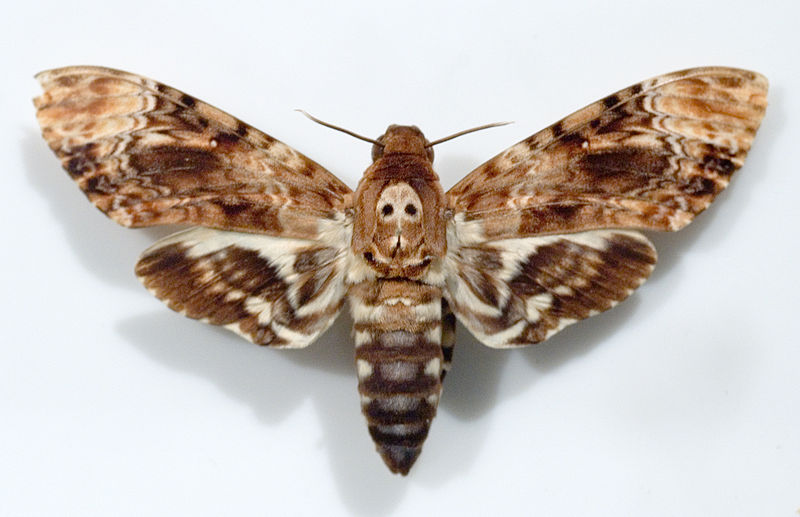 Nothing sinister about a Deaths Head Hawkmoth

In fact, there are 3 types of Death’s Head Hawkmoth and you may be lucky enough to see one in in England during the summer.  If so, it will be this one: “Atropos”.  Thanks to Jeff de Longe for the photo.  The skull isn’t quite as dramatic but it’s still a beautiful moth. 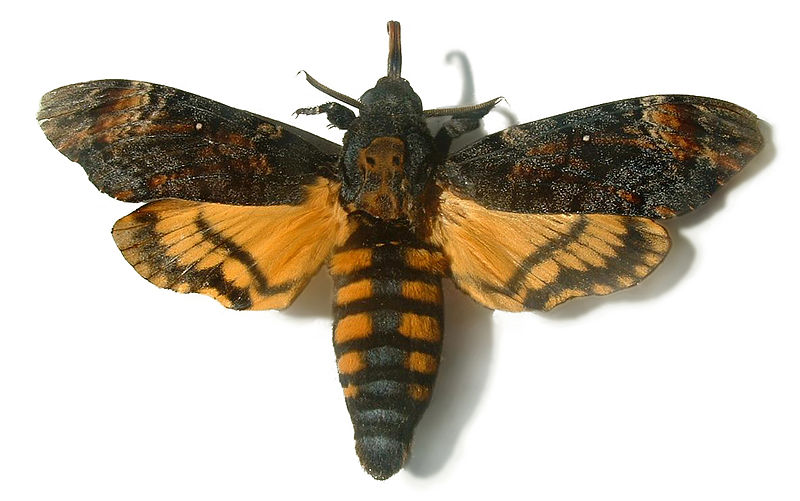 Because of the skull mark and their eerie name, they often feature in ghosts stories and scary films.  But there’s nothing dangerous about these lovely creatures.  Unless you’re a bee, that is.  These hawkmoths LOVE honey, and will creep into beehives looking for honey to steal.  Atropos only goes for the hives of the common European honeybee so perhaps it’s a good thing we don’t see it too often in this country!  Normally the bees would defend their hive fiercely if any other insect invaded it and would try to sting it to death.  But all Death’s Head Hawkmoths can pretend to be bees by smelling like bees so they get left alone and can eat all the honey and escape safely!