Would You Eat A Cockroach? 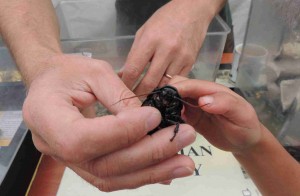 But not everyone agrees with us.  In America they have cockroach-eating contests which we think is a silly idea (Catherine says: “Yukky!”  Henry says, “Eating bugs and creepy-crawlies sounds like Wombat Stew!”).  Eating cockroaches may also be a dangerous idea because it says on the news today that a man died in Florida after taking part in one of these competitions.  It says he ate “dozens” of cockroaches and a dozen is twelve, so he must have eaten at least 12, or 24, or 36.  Either way, it’s more than we could eat!

They don’t know what killed him, and it may not have been anything to do with the cockroaches.  No one else in the competition died, but we bet they all felt a bit unwell.

Lots of people don’t like cockroaches because they can be pests and carry dirt and diseases.  But that’s only really true of about 4 species out of more than 4,000!  Most cockroaches (even the ugly ones like this common Oriental) just get on with their lives and do a good job eating up waste plant and animal material.  Some of them hiss or sing or chirp,  and some are really pretty like this lovely Austral Ellipsidion from Brisbane in Australia. 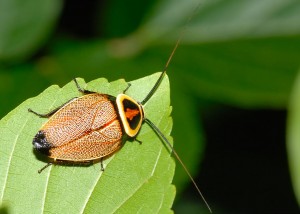 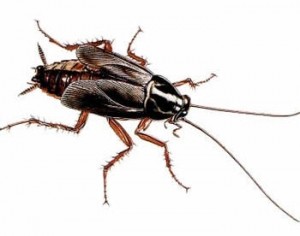