You are here: Home » News » Horsehair Worm vs Huntsman Spider

Spiders are all very spooky and scary at Halloween, but this is just downright gruesome… 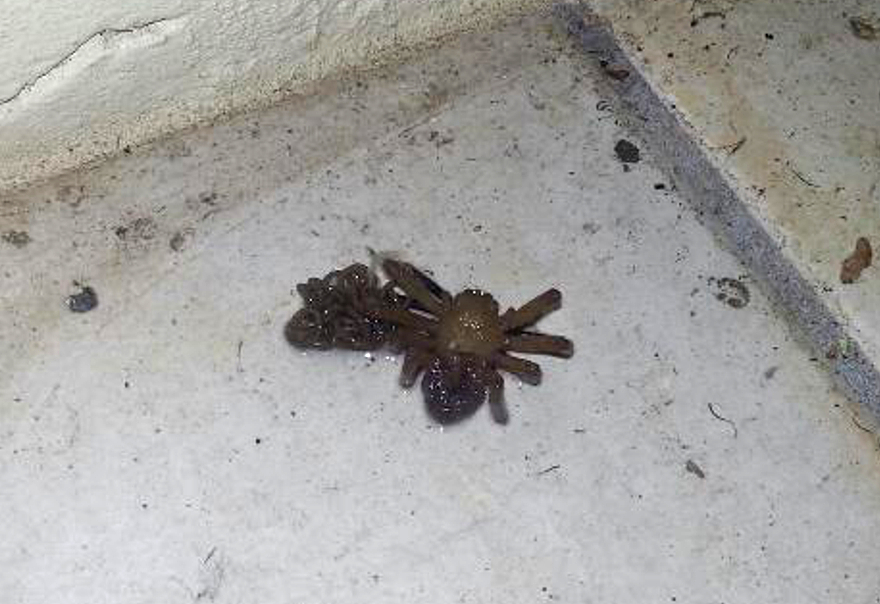 You don’t see this kind of thing very often, and that’s probably a relief.  These may be the first photos of a Horsehair or Gordian worm erupting from inside a Huntsman spider. The photos were taken by our good friend Andrew this week in Cairns, Australia.   The Huntsman was spotted inside Andrew’s house with an unusually enlarged abdomen.  It got sprayed with pesticide (no – we don’t condone that kind of activity here at insecthouse.co.uk!) and within seconds of it dying, this Horsehair worm emerged.  In the circumstances, the pesticide was probably an act of mercy, but still – tut tut. 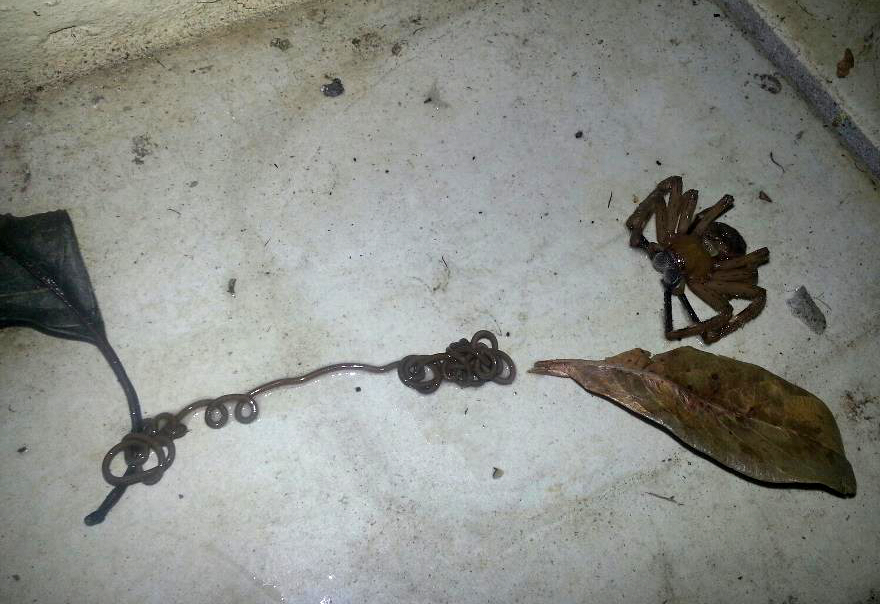 Horsehair worms are long, slender wormlike animals and can be between 5-200cm long!  They’re not worms, and nor are they nematodes, despite their scientific name of Nematomorpha (which means “nematode shaped”).  They are sometimes called Gordian worms because of their ability to tie themselves in complicated knots.

When they are larvae (that’s like the caterpillar or maggot stage of their life), they are parasites of invertebrates such as snails, beetles, cockroaches, grasshoppers and some crustaceans like freshwater and marine shrimps.  Scientists are not too sure how bugs get to be infected – either they eat the eggs or larvae or they come into some other physical contact.  Once inside, the larva grows up and finally bursts out as a mature adult.  Horsehair worms are pretty tough customers – they can survive even if their host gets eaten.  Our unfortunate huntsman may have eaten an infected cricket or beetle and so become infected itself.

Huntsman spiders do not build webs but go out hunting for food.  They mainly eat insects and other invertebrates but will sometimes tackle small skinks and geckos.  They like to live in the cracks of tree bark but will often wander into homes. They can run very fast and a mother spider will defend her eggs fiercely.   If they get frightened, they will often try and look as threatening and dangerous as possible and only bite as a last resort.

Horsehair worms do not hurt people, pets, or plants and may be considered beneficial because they keep down populations of pest insects.  Huntsman spiders, for their part, can deliver a nasty bite but are also considered beneficial for the same reason.  There are no real heroes or villains in nature!